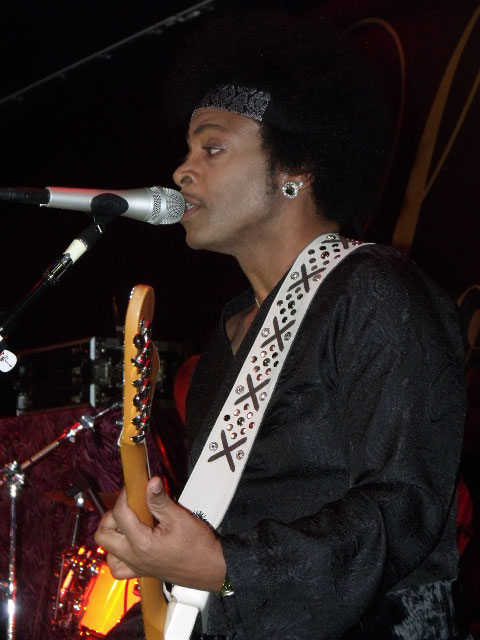 After many months of people speculating about Jesse Johnson‘s departure from The Time (aka The Original 7ven), Jesse finally spoke out about the true reasoning of why he left.  It apparently had to do with a lack of touring to support their efforts and very simply, not getting paid. This was the statement that Jesse posted on his Facebook account yesterday;

“I was on a conference call with the O-7 and I asked the following questions in early December; ” Do we have any shows for December? answered “No” I continued to ask the the same question regarding January and Febuary, and I received the same answer, which was a resounding “NO” I then asked when was the the first royalty accounting coming up? And the answer was, ” I don’t know” and with Allah as my witness, I respectfully made the announcement that I could no longer AFFORD to participate in an organization that personally cost me thousands of dollars (Gear, Clothing, Travel, etc…) and further more shows no signs of taking premptive measures (Sponsers, Touring, etc…) in helping to see a return on our investment. So help me god, the people on whatever sites that state they were not informed of exit should feel very, very ashamed of them selves to seek sympathy from unknowing fans. Am I angry, I feel sad for people that have to lie to seek unwarranted sympathy. Sad! Do ever post or ask me at anytime or place about this subject.”

That being said, we are SO happy that Jesse clarified what the issue was.  He also announced that he had just arrived in Amsterdam to start the tour with D’Angelo as previously announced. Which also means that you should start seeing him pop up on the videos and audio mixtapes that D’Angelo likes to release occasionally.  We can’t wait to hear Jesse cut loose on Chicken Grease!

Much thanks to Jesse Johnson for clarifying the story for the fans. You are an amazing guitarist and we will always support your efforts no matter where you are! Keep on keeping on!  Speculate no more Morris Day and The Time fans!