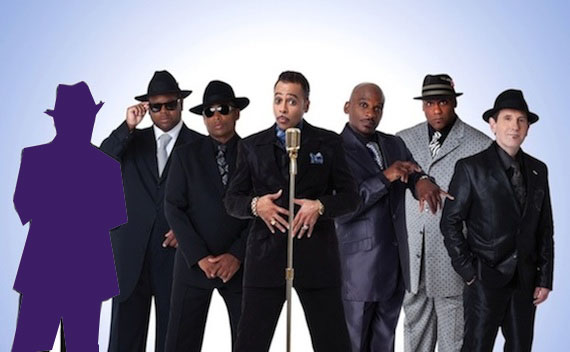 It’s been no surprise that The Original 7ven aka Morris Day and The Time have dropped off the map and rightfully so.  It’s tough to call yourself The Original 7ven when one of the seven decides to walk away as Jesse Johnson up and left The Time yet again after there was much talk about an internal blowout.

Many people have speculated that Jesse Johnson insisted on the band relinquishing their ties with Prince because of his “heavy handed” management of the band back in the day which crested with his refusal to not let the band even use the name.  A thorn in Jesse’s paw as made evident in videos and interviews.

The band didn’t help the situation much by playing a handful of shows that all featured the classic hits from the 80’s (Jungle Love, The Bird, 777-9311, COOL, etc.) and only playing one song from the new album (#Trendin) during the entire concert performances.

Since that time, things fell apart even more as D’Angelo announced his band lineup for his European tour which included, you guessed it, Jesse Johnson on guitar.  That tour runs through mid-February, so if there are any “make up sessions” in the future, they won’t happen until at least late February or March of this year.

Jesse served as the primary source of information on his departure via his Twitter and Facebook page while The Time stayed dreadfully silent trying to do damage control. But they hinted at a resolution on their Facebook page on December 30th when they stated, “In 7ven Days around 7pm we’ll be back. Have a Safe & Happy New Year“.

Regardless of where you began counting from, that time has come and gone with no updates or announcements which only agitated the situation and led to more frustration. Not to mention the fast dwindling interest in the project now that silence is the norm and appearances have ceased altogether.

One positive thought is that the band may be restructuring their show to include many of the new hits in order to sway Jesse back into the fray. But until someone says something, it’s all hearsay and guesses. We hope that they work it out, but the silence is deafening. And that’s a big shame considering that many fans are jumping ship. Again.