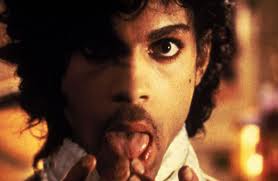 Call it coincidence or just a simple oddity, but Prince has just cursed yet another talk show.  Once he appears on a show, it’s normally less than a year that something very bad happens to the show. And here we are again. Less than 6 months after his appearance on Lopez Tonight, it was finally announced that George Lopez’s Lopez Tonight will be canceled.  And the “Prince curse” is not just limited to night time talk shows (Lopez Tonight and Arsenio Hall), but daytime shows (Rosie O’Donnell), Australian shows (Rove Live) , music shows (Soul Train, American Bandstand, Solid Gold and Midnight Special), news shows (Larry King) and even kids shows (Muppets Tonight).

One could ponder that Prince has been around for decades and that’s just the nature of the business and it’s bound to happen, but even the shows that survived the “curse” faced major troubled waters in his wake less than a year afterwards.  Only 5 shows have survived the curse and they include Tonight Show with Jay Leno, Late Night with David Letterman, Saturday Night Live, Tavis Smiley and Ellen Degeneres.  But let’s look what happened to each of the survivors within one year after Prince’s appearances.

The Tonight Show with Jay Leno let Prince appear multiple times in 2008 and 2009 and less than one year afterwards, The Tonight Show experienced a huge disruption with Jay Leno stepping down, Conan O’Brien stepping in, utter failure, getting yanked and then Jay Leno coming back on. All of which was almost the total demise of the long running TV show.

Late Night with David Letterman let Prince appear back in 1992 appearing with “slave” written on his cheek.   Less than one year later, Letterman walked out of the show and moved to CBS when Jay Leno was named the successor to Johnny Carson.

On Saturday Night Live, less than 6 months after Prince’s appearance, everything fell apart for SNL with the removal of their executive producer Jean Doumanian, 3 changes to the narrator from Don Pardo to Bill Hanrahan, and then Mel Brandt and then back to Don Pardo.  Not to mention it being one of their worst seasons ever in the show’s history. And if that seems innocuous enough, how about you top it all off with a writers strike that same year?  Then there’s Prince’s 2006 appearance that was followed by Sinead O’Connor ripping up the Pope’s photo which not only destroyed Sinead’s career, but almost ruined the TV show. The show was also slapped with a $10 million budget cut and a hiring freeze.  Then Prince made yet another appearance on SNL in 2008 which was promptly followed by yet another writers strike which shut the season down after only 4 episodes.

The two remaining shows went pretty much unscathed although they did experience some scratches and bruises. The first being Tavis Smiley who allowed Prince to make an appearance back in 2009.  His “bruise” was less than one year later when he was forced to shut down his Black State Of The Union Conference after 10 years of existence due to a lack of interest.  And Ellen DeGeneres allowed Prince to perform in 2009 followed by her career move to host American Idol which was labeled a disaster.  And yes, we know that he performed on American Idol which is still around as well.  But have we already forgotten that shortly afterwards , 2 of the 3 judges, Simon Cowell and Paula Abdul, jumped ship almost destroying the series?

So whether or not you consider his appearances to actually be a kiss of death (or very painful injury) is really just speculation.  But is this the musical equivalent of the Madden video game curse?  And now that you can step back and look at the aftermath, what’s your opinion?  Either way, it’s kind of funny.  Kinda.

UPDATE:
and before anyone gets bent out of shape (which they already are in droves. Almost a dozen hate mails within the hour).  All of the above notations are factual with verified dates.  These are all just funny coincidences immediately following a Prince performance.  No one on the Funkatopia staff believes Prince is personally responsible for any show’s demise. It’s called tongue and cheek. Even though it is factual. 😉