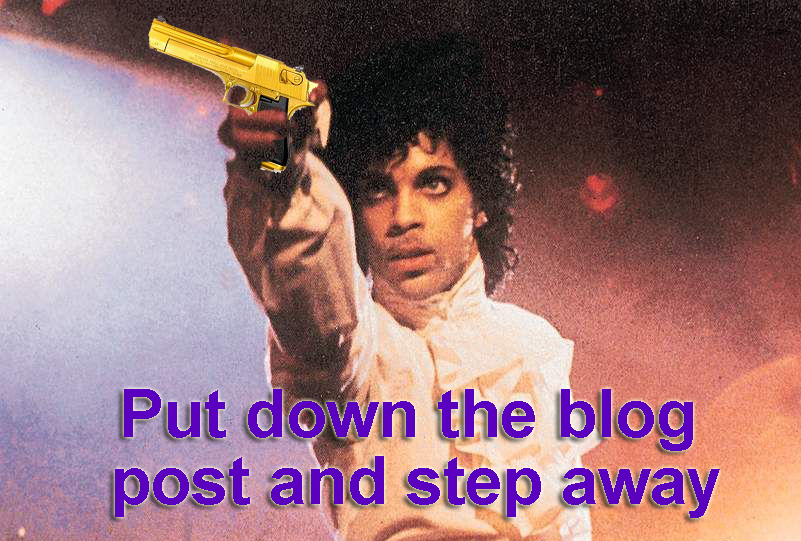 Can Prince ever find the charts again as he rebukes all of the normal means to get him there?

Let’s face it. Prince isn’t winning any new fans. Very frankly, his actions scream that maybe he just doesn’t want to. And that’s obviously a silly statement because who wouldn’t want new fans?

What benefit would a musician gain by taking steps to send a fan letters threatening legal action against them for using your image without permission? By sending a “team of black lady lawyers” out into the world to find these “criminals” and send out cease and desist letters? From a marketing perspective, it seems totally ludicrous. Yet this is exactly the types of actions that Prince has taken against his fans in multiple instances.

What’s even more bizarre is how Prince was at one point a pioneer of internet technology. He was one of the first musicians to have his own video game, he launched a website for his fans allowing them unfettered access to some of his more private song collections and gave them purchasing opportunities for both new music and exclusive concert access in the form of pre-shows and meet-and-greets. Then out of nowhere, the plug was pulled.

Some speculate that it happened as a result of an accumulation of bad reviews on the site internally by fans, online fussing among the members, and the distribution of the “members only” material out into the general public. But when those killjoy actions began being implemented to the general public at large, things just went weird. 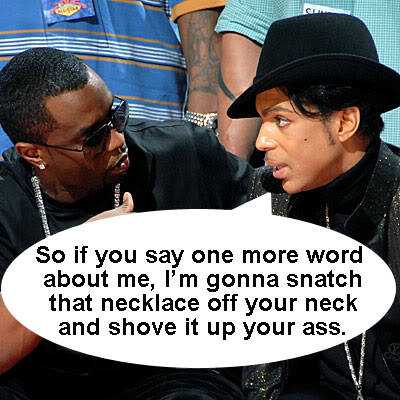 Many people wonder what his motive is and some have come to the conclusion that it’s simply a result of Prince doing everything in his power to make sure that he is in complete control of what’s being said about him and how he’s viewed.  Others contend that he is taking these precautions because he wants to make sure that every instance of his likeness via photo or video attains the proper monetary gain and if a photographer or videographer is not getting compensated for image use in a variety of places, he wants to put a lid on it.  Some say it’s both. Some say he’s just a _______________. Fill in the blank.

While no one will truly understand his motivation, it is very frustrating as a Prince fan to watch him strike out at the very means of marketing that only want to help offer him more publicity for his music. How can someone whole-heartedly complain that radio isn’t playing their music  and at the same time doing everything in their means to keep the buzz from growing? And what can Prince fans do about it, if anything at all?

The radio landscape has totally changed. They respond to what their fans are talking about because ultimately they make money when people listen. But if you’re not allowing those people to help spread the word about your music or efforts, you’re squashing that buzz. Macklemore and Ryan Lewis are a prime example of an act that allowed people to run wild with their single Thrift Shop. They allowed file sharing and embraced any type of coverage they could attain. The end result was mass radio play, a record deal and a firestorm of publicity that made them household names in less than a year.

Prince has always been his own brand of marketing and part of his appeal was remaining an enigmatic character of sorts.  He doesn’t want there to be any possibility of a rogue clip of him not “at his best” to appear on the web. Essentially, total control marketing.

What Prince fails to see is the true virality of the internet and how bands that embrace it with all of its ugly dark alleys like torrent websites, bootlegging, and even – gasp – piracy, end up achieving unprecedented levels of album and concert ticket sales. The list of embracers such as John Mayer, Grateful Dead, Dave Matthews Band, Parliament, Funkadelic and many more all embraced the internet in all of its ugliness and reaped major rewards.

And on the flip side, those that have fought it such as Prince, Metallica and others, have had a very difficult time getting any traction in the public arena because they’re ultimately destroying their viral marketing. It just seems surprising that they are under a delusion that they’re actually stopping it. Or maybe they aren’t delusional at all.  This is not about people getting something for free. It’s the only way they know how to spread the word as lopsided as that may seem.

Luckily times are changing as Prince has begun to loosen up his reigns by allowing sites like Dr. Funkenberry to give folks early peeks at his material, advanced announcements of upcoming performances, and he has even brought another website online in the form of 3rd Eye Girl. But 3rd Eye Girl is a very far cry from what the famed NPG Music Club used to be and its “Buy Before You Listen” approach isn’t being embraced very well by some fans.  But at least it’s something. At least Prince may have come to the realization that the internet is not dead and won’t be for a very long time. If ever.

Maybe this is a sign of good things to come, but it won’t lessen the sting that most Prince fans have to endure as they can’t get their favorite Purple Artist on the airwaves because it just seems like he’s fighting it every inch of the way. It’s a shame to watch the brilliance of an artist tucked away in obscurity by choice where it seems that his only current desire is to entertain his current and loyal fans who are already fully aware of the avenues of where to locate new information and music.

For the rest of the world, they have no idea where he went to or if he’s even released any new music since Sign O The Times. They just see him pop up at venues like Coachella where he proudly showcases music that they already know. Fair weather fans who may own a cassette of Purple Rain tucked in a box in the garage somewhere or had to be acclimated by their hip parents and are simply there for that other new act that was playing at the festival but that wouldn’t have bought a ticket to his show otherwise.

The question remains if Prince truly understands the damage he’s doing to his own marketing or if this will just be written off by his diehard fans as just another facet of his genius that we will never grasp. Either way, we can only hope that he will open the doors to more avenues of outreach and pull back to allow more people to share his genius in the natural viral way that marketing happens in this digital age.

Many of us were alive to see his peak and it sure would be incredible to be able to validate what we know to this generation.

11 thoughts on “Prince: Kill Your Marketing in 1 Easy Step”