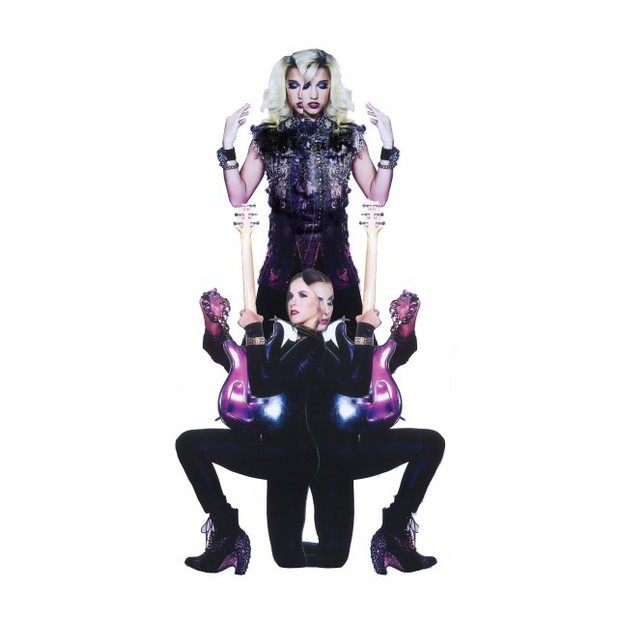 Prince releases a rock and roll album with the help of 3 amazing ladies.

Far be it from us to wonder why Prince ever does the things that he does. We’ve been pretty harsh critics in the past about his marketing decisions and other strange choice he’s made. But in the midst of those critiques are simply hard core Prince fans that, like you, are frustrated that this amazing talent gets ignored by radio and simply refuses to play nice with the powers that be that can change that.

And in that spirit, PLECTRUMELECTRUM will not change that trend. Nothing radio friendly here. Just flat out awesome songs perfectly blended and laid out to wow his fans without a care about whether or not it will be embraced by mass media. Because in the end, who really cares what they think?

On PLECTRUMELECTRUM, Prince joins forces with three amazing female counterparts to dish out a fist to the face blast of raw rock and roll and the end result is pretty frigging awesome. There isn’t any heavy handed production here which just lets the music speak for itself and it does a great job at keeping everything balanced and out front. No matter which band member you’re a fan of, you’ll hear them crisp and clear.

The band consists of Prince on lead vocals and guitar, Ida Nielsen on bass (pronounced ‘eeda’), Hannah Ford on drums and vocals, and Donna Grantis on guitar. And while Prince has always had a penchant for female artists, this is one of the first times that he really went all out to construct a full female backing band that not only brought the “pretty quotient”, but all of which were also masters of their instruments.

Donna Grantis delivers a raw energy on guitar that takes us back to Bambi days. Her chops are tight and loud giving Prince the backseat, which is probably by his design. Ida Neilson‘s thump bass delivery keeps the rock feel driving that defines the sound as more of a Ford Mustang and less of a Porsche, which is exactly what you want in an all out rock band. Then rounding it out is Hannah Ford on drums who not only knows how to be a masterful time keeper, but she doesn’t overplay and she’s also a great vocalist to boot.

The 12 track album is filled with primarily rock songs starting with a mid-tempo barn burner called WOW that flows in and out of rowdy controlled raucous into a soft flowing bluesy styled romp. That’s followed by PRETZELBODYLOGIC which was one of the early sneak peek releases delivering a boot stomping hard rock head bounce.

Next up is AINTTURNINROUND which is the first appearance of Hannah Ford on vocals and her Pat Benatar rock singing chops. There is only one instrumental in the bunch and that would be the title track PLECTRUMELECTRUM, which blends a Zeppelin rock-blues formula with a dash of Mother’s Finest and one cup of Black Crowes style for good measure.

Hannah Ford then takes the mike again to deliver a softer side and churns out the song WHITECAPS which really showcases her vocal talent and puts her in the same vocal arena as Andy Allo and Elisa Fiorillo Dease. Prince was truly wise to let her shine on this album which will serve her well in the future. We can definitely foresee solo albums coming out of the Park in the not so distant future.

FIXURLIFEUP was one of the first 3rd Eye Girl tracks released into the public and it uses the same great ebb and flow rock formula that many rock artists are drawn to, but it’s done seamlessly well here. 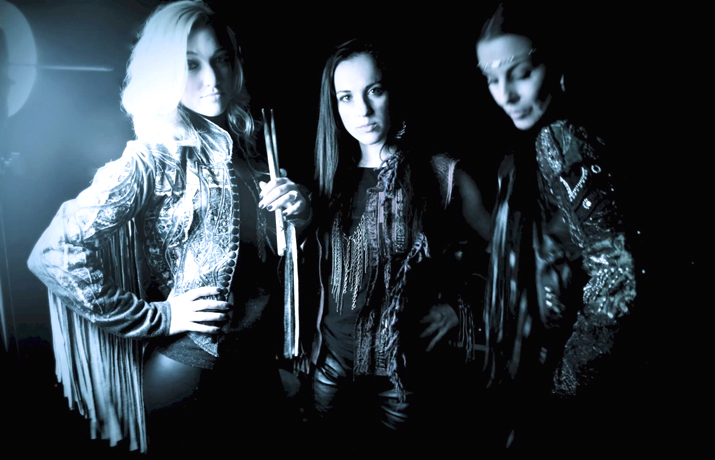 One of the standout tracks (of which there are actually many) is BOYTROUBLE which features rappers Lizzo and Sophia Eris. Even though PLECTRUMELECTRUM has a good bit of bluesy-funk throughout, BOYTROUBLE is technically the first dose of actual funk on the album which is made even more funky by the the whoeww whoeww instrument effect made infamous on the Madhouse 8 album on the song 2.

STOPTHISTRAIN (featuring Hannah on vocals again) and TICTACTOE are mid-tempo romps that are the album’s lightest and most pop-sensible moments.  And while there always appears to be on on each of his releases, TICTACTOE is the over-popped song where Prince unleashes his musical theatrics (think Rainbow Children‘s Wedding Feast) which mutate the song into sounding as if it were stripped from a musical, although the song structure manages to keep it from going off the rails. Those songs are split up by ANOTHERLOVE which starts off in a slower kilter, which then rocks out of control towards its last half.

Among the last two songs is MARZ which brings back that loose, raw rock sound, but only clocks in under 2 minutes. Then FUNKNROLL closes out the album and at the start, the track begins exactly the same as the FUNKNROLL featured on Art Official Age (see our review here), but then it quickly separates itself and settles into a rocked up version similar to what was unveiled at the Arsenio Hall show. While there are a lot of similarities, there are also a wealth of differences.

Overall, PLECTRUMELECTRUM is probably exactly what Prince intended for this release. A raucous rocker that showcases the talents of 3 lovely ladies and lets him appease his rock monster. We’re going to give this album 4-1/2 out of 5 afros and not because it doesn’t deserve 5, but there were some expectations set on song inclusions that didn’t happen such as Screwdriver, Octopus Heart, Live Out Loud, Menstrual Cycle, Groovy Potential, and some others that were teased out to the masses, but never came to fruition in the release.

For those that haven’t been suckling at every bit of information that was offered, you’re going to love everything PLECTRUMELECTRUM has to offer. For the hard core masses, this album is a phenomenal addition to the collection, but we were surprised at the omission of not just a couple songs, but a lot. The addition of which would have really made this album more definitive. That is the only reason this album loses a half an afro and an oversight that shouldn’t diminish the excellence of this album.

Here’s hoping we will see a lot more of the girls on the road, because this release is fantastic. It’s set to hit the streets on 9/30/2014, so get your butt over to iTunes or Amazon and Get It Now .