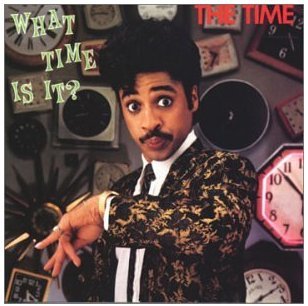 Back in 1982 when The Time came into fruition, I was only 14.  Everything I heard about the beef between Prince and The Time was all hearsay until recently when members of The Time discussed some of the antics in detail on a DVD documentary that’s included with their new album Condensate. There has been much talk about how Prince was gravely concerned about his own creation and that he had actually put together a supergroup that could even surpass his fame and that he did all in his power to keep them at bay – even to this day.

The start of The Time began when Prince made a fateful decision to use a song called Party Up that was written by Morris Day.  He propositioned Morris and offered to either pay him for the song or help him put a band together.  Morris opted for the band, which ended up being an incredibly wise decision and resulted in what the world now knew as The Time and now knows as The Original 7ven.  When Prince put The Time together, he crafted a conglomerate of amazing musicians all in one place that could potentially be his undoing.

Now there are many sites dedicated to the history of how things then began to happen and the roots of where the band started, but this post is dedicated to something that raised its ugly head once again and that has led the band to rename themselves as The Original 7ven.  A problem that many thought would go away after all of the years of Prince’s dominance of the music charts or as some would put it, a comfortable lead.  But decades later and the ridiculousness continues and that has many scratching their heads. 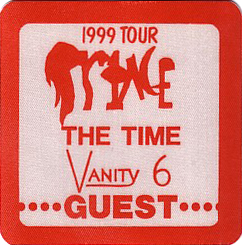 The Time put together a new album 20 years after their last release of Pandemonium called Condensate (available now on Amazon) and Prince used his “powers that be” to stop the band from using the name of The Time, which forced them to change the name to The Original 7ven. A strong-armed tactic by Prince to keep his “creations” as his own. Especially since Prince wouldn’t be involved in the creation of anything on this record. The Time wanted to do their own thing without Prince’s involvement and Prince acted accordingly in the equivalent of what looks downright childish. In the DVD documentary of the Condensate album, Morris Day in particular has to do everything short of biting his lip to hold back his displeasure. Even though they indicate they understand that “it’s business”, the displeasure is downright palpable in the film. At one point you can even see Morris Day fighting off the urge to go nuclear on the matter, but cooler heads prevail.

But this isn’t the first time that Prince has tried to keep The Time at bay. During Prince’s Controversy tour back in the 80’s, Prince had The Time as opening act. The reviews for The Time were beyond stellar to the point where newspapers and publications were directing more attention to The Time than the purple headliner.  A fact that was not lost by Prince as he then promptly pulled The Time from the opening slot on some of the bigger venues such as the Los Angeles and Miami shows.  Adding insult to injury, during the 1999/Triple Threat tour, Prince had The Time playing as Vanity 6’s back-up band behind a curtain and paying them a very minimal increase even though they were required to essentially play 2 shows each night.

Now here we are three decades later and the battle rages on. But it appears that even though Prince has kept The Time from using the band name, the music is ultimately the deciding factor. The Original 7ven has created a full blown funk album masterpiece in true Minneapolis style that is garnering amazing reviews (including our own) which is a feat that Prince can’t seem to duplicate.

Even many Prince fans agree that the Purple One simply doesn’t have it in him to create a coherent album anymore, as the last 2 decades have been mired with hits and misses.  The release of The Original 7ven’s Condensate album accentuates his shortcomings even further and his refusal to let them use their own band name highlights the issue even more.

While hardcore Prince fans (like ourselves) long for an album that recreates the grooves that we signed on for back in the 80’s, the release of Condensate is a mallet to the skull of Prince’s ego.  The Time did it on their own terms and they did it big. The critics could easily be silenced if Prince could prove that he has the ability to compete.  Taking the band name won’t be enough to stop The Time, because if you don’t take away their music, you’ve let them keep their weapons and have done nothing to disarm them.

If anything, this battle may put a fire under Prince to answer Condensate with his own Top 40 capable album, but for years he’s had the playing field to himself and he hasn’t managed to get it accomplished with exception of doing it through other artists like Usher, Alicia Keys and Nicki Minaj.

Additionally, Prince has done everything in his power to disarm any promotion that fans and the public release to help him including removal of all videos from Youtube and removal of all online photos. It’s in essence promotional suicide since there are no purchasable products that compete with the “offending material” that he’s been so quick to denounce.  Many fans see it plainly as a refusal to let himself be promoted.

The Original 7ven, however, have utilized every opportunity to break it off and take major strides to distance themselves. And some say that the only thing Prince is distancing himself from are his fans. Let’s face it. if this were a Purple Rain sequel, the ending would look much differently than the original ended.  The Original 7ven are promotional machines and they are truly winning the battle even though their identity has been stifled.

We will always be hardcore fans of both bands, but the jury is out. What is your verdict?

10 thoughts on “Prince vs. The Time – The Battle Rages On”