Morris Day and The Time aka The Original 7ven and now aka The Original 6ix have finally broke their silence on the departure of Jesse Johnson. Long story short, the band was apparently blindsided by Jesse Johnson’s announcement to leave the band, but they’ve decided to continue playing as a band and will simply replace Jesse. Here is their official statement posted on their website;

Before we address the topic on most everyone’s mind, please let us do two things.

First of all let us begin by wishing everyone a Happy New Year! Although our good wishes may be a bit tardy in coming they are nonetheless sincere.

Second let us thank everyone for their overwhelming support of our Original 7ven project.

This project never would have happened without your continued encouragement and blessings.

Now to address the rumors regarding Jesse’s departure from the band.

On the morning of December 15th we were awakened to the news that Jesse had issued a message on his Facebook page which said the following:

“Hello Babies, I don’t really think I’ll be performing with the Original 7 (or The Time if your nasty) any more! We simple don’t see eye to eye on anything. Love the guys, but I feel in my heart it’s “Time” to walk away while we’re all still friends. May Peace be you.

We were all surprised to read Jesse’s Facebook that morning because the 7 of us had spent nearly 3 hours on a conference call the afternoon before, and his desire to leave was not part of the discussion at that time.

On that call we were in fact making plans for the future. And while not everyone was in total agreement on all points, we felt like everyone was committed to this project for the long haul.

Out of respect to Jesse, and because of the holidays we decided it best to take a moment to catch our breath before making any decisions about our future.

While we know that this “silence” was frustrating to everyone who cared (mostly our fans), we believed a few weeks wasn’t too much to ask after 30 years of making music together. While we don’t have all the answers, we have come to the following conclusions:

1. We respectfully accept Jesse’s announcement to not perform with the Original 7ven. His desire to walk away “while we’re still all friends” is admirable, and we support and wish Jesse nothing but the best in all his future endeavors.

2. Jesse will not be “replaced” because there is no way to replace a family member, but we will begin the search to fill the now empty guitar spot in the band. Stay tuned.

3. While we’re not prepared to disclose any detailed plans at this time, please know that “the remaining 6ix” remain committed to this project for the long run and we look forward to seeing each and every one of you on the road this year!

In the meantime we thank YOU our fans for your continued belief, patience, support, and love. 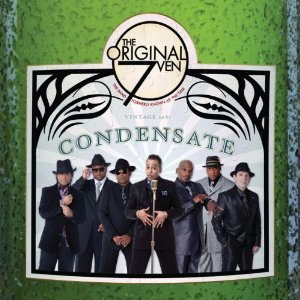 11 thoughts on “The Time Finally Talks About Jesse Johnson Leaving”