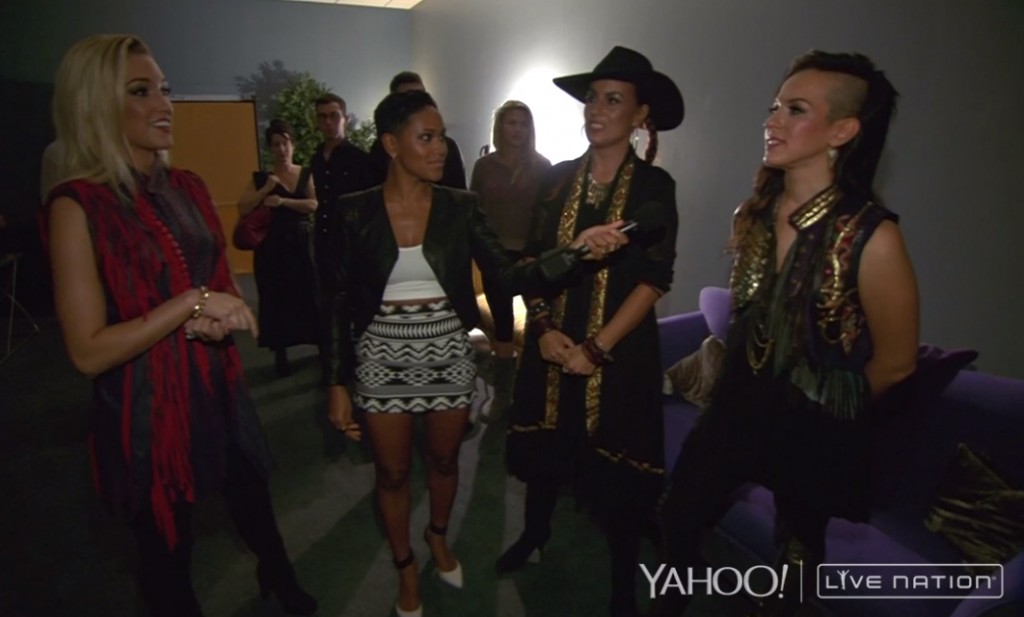 On 9/30/2014 at 10:30 EST, Prince and 3rd Eye Girl did an album release party online at Yahoo Livestream to celebrate the release of PLECTRUMELECTRUM and Art Official Age.  The show was hosted by Maya and was primarily a walk through of Paisley Park, discussions with various members of the Paisley Park team (Joshua Welton, Trevor Guy, etc.), and brief concert performances.

One interview with Joshua Welton featured a few snippets of songs they were in the process of finishing up and also a new song by Rita Ora that Prince was involved in (as was Joshua).  There were discussions that they are already in the process of putting together a new album even on the eve of official releases of these two albums. Nice!

The hostess known by some as “Shameless Maya” is easy on the eyes, but it certainly did not feel as if she prepared for the event. This is our only real apprehension with the event. Luckily some of her more “I’m in over my head” moments appeared to be removed from the replay.  The event itself was a great walkthrough of Paisley Park, but the hosting duties seemed awkward at best.  Some of the worst would include her introducing Hannah Ford as “Joshua’s wife”.  Then she depended on the fans around 3rd Eye Girl in the room for the interview questions.  Then travesty moments such as not being able to identify artists such as James Brown, Stevie Wonder, or Jimi Hendrix on the Prince mural or even Prince artists such as Sheila E, The Family, etc..  And referring to “Prince and the Power Generations.”  Umm…. ok.

The impromptu interview with Liv Warfield proved difficult as well at one point having to ask Liv Warfield who the band members of NPGQ were. And even though it’s not well known since NPGQ is a new project,  it’s important as an interviewer to be able to identify the major NPG artists like John  Blackwell and Marcus Anderson (who Maya introduced as Marcus Samuelson).  NPGQ played two songs that were separated by Maya‘s brief questionnaire with Liv Warfield.

A piece that caught our ear was during the 3rd Eye Girl interview portion where Hannah Ford was discussing the wardrobe and indicating that “This is the stuff that we’re excited to get to wear on tour.”  Followed by Maya saying, “Oh so this is what you’re going to wear when you tour.”  Both statements confirming that there is a 3rd Eye girl tour coming.

Then Prince and 3rd Eye Girl hit the stage to perform 3 songs including PRETZELYBODYLOGIC, What’s My Name (with Kendrick Lamar rapping over verse and chorus), a prerecorded play of Time, and then closing with the Sly & The Family Stone song called Thankful and Thoughful with a Liv Warfield and Prince duet.

You can still view the event replay here at https://screen.yahoo.com/live/event/prince if you missed it.  All in all, the ability to view the inside of Paisley Park is a treat in itself and the free online concert is always welcome. Let’s just bring in a host that’s a tad more prepared next time. And judging by social media, we weren’t the only ones who noticed.  We’re not complaining. Just simply noting the obvious. Prince fans have very high expectations and at times they can be vicious.  We’re just sayin.

But Yahoo did a fantastic job and it was a great event to be sure. Hopeully there will be more of these.  Yahoo! definitely proved themselves fully capable of handling the traffic waves.  Check it out yourself. 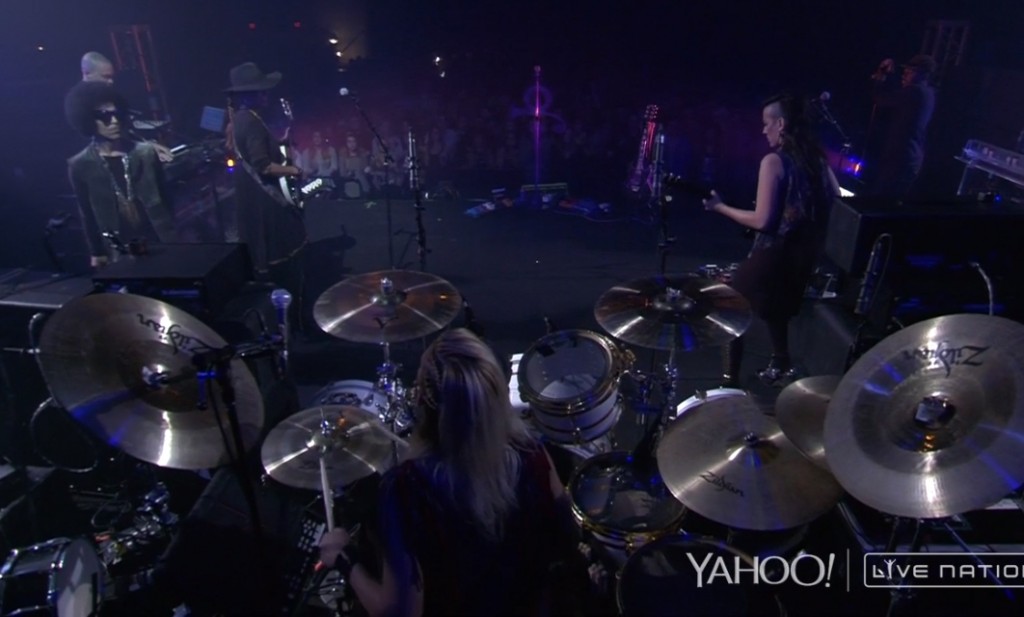