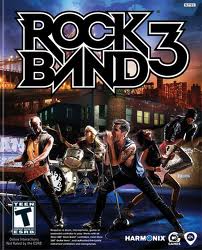 For many video gamers, one thing that music games have failed on is the inclusion of funky music with few exceptions. Not to mention the debacle where Guitar Hero approached Prince to have his own version similar to what Aerosmith and AC/DC have done in the past, but Prince refused the offer citing that he would rather that kids pick up guitars and actually learn how to play.  That problem seems to have been resolved now that Rock Band 3 will have an actual guitar that can be used with the game in a Pro version. We’ll see how that pans out and whether or not it will change Prince’s opinion on the matter, because who wouldn’t want to play the catalog of Prince music in a video game?

On the right track, Harmonix is set to release Rock Band 3 that finally includes a good selection of funky tunes. Funk songs on the full song list are very scarce including a mere 2 songs that could be construed as funk which were James Brown’s I Feel Good,  Rufus and Chaka Khan’s Tell Me Something Good and War’s Low Rider.  Luckily, they’ve now also added two songs from the Beastie Boys (Make Some Noise from this years Hot Sauce Committee Part 1) and No Sleep Til Brooklyn.  Then they followed up that with the addition of more James Brown (Super Bad Parts 1 & 2) .

We’re not sure why these games fail to add a good selection of funk songs and yes, we understand that it’s called ROCK Band, but without funk, jazz and blues, there would be no rock and roll.