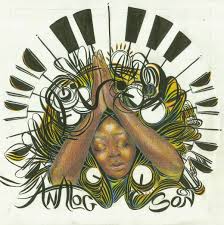 As we mentioned in another review, we very rarely get amazing funk CD’s, but June proved to be the funkiest month that we can recall in a very long time. Two debut releases hit the market within a few months of each other, one from the band Analog Son and another from 22 year old bass phenom Mike Zabrin called Funktastic. And just like Zabrin, Analog Son came out swinging a heavy funk mallet to do some serious soul damage.

Two friends, Josh Fairman and Jordan Linit have put together some amazing original funk tunes. They finally decided to commit their creations to CD with the help of some of the funkiest musicians in the business. The credits of their self titled debut album Analog Son is a virtual Who’s Who of funky goodness including members of Lettuce, The New Mastersounds, Dumpstaphunk, The Motet, John Scofield, Soulive and more. And when that much talent joins forces, the end result is inevitable.

While many may not have ever heard of Analog Son‘s members previously, you’ve almost certainly experienced their work supporting acts such as Trombone Shorty, The Funky Meters, The New Mastersounds and Orgone to name a few.

The 10 song album doesn’t simply have bits of brilliance. It is immaculately brilliant in itself. No wasted space, no boring fillers, and all sharing the same commonality of foot tapping funk riffs and sways that it will bring tears to your eyes. Like watching your firstborn win their first award after years of driving them to practice. That “YES! It’s finally paid off!” feeling. In this case, “YES! Finally some amazing new funk music!”

The album presents itself in a mode similar to The Monophonics offerings where they commit to the “sound”. In keeping with that tradition, they made sure that they recorded the songs on vintage recording equipment and tape machines to make sure that the nostalgic feeling was present all the way down to the bone. The album is littered with horn stabs, rolling bass grooves, and hard smacking snares and creates a literal time machine back into the 70’s putting it squarely in the hippy zone.

The commitment to doing it right continued to the opposite side of the microphone when they armed the board with live audio engineer Joe Michaels who has worked with The Rolling Stones, Blood Sweat and Tears, and even Larry Graham who didn’t waste time denoting the similarities by stating that, “Mixing these guys is like pure funk heaven….reminds me of my Larry Graham days!“.

While the album is all about hand delivering more funk than your brain can handle, there are still plenty of wide open breathy moments of straight out instrumental jam sessions like Analog Island that will have Tower of Power fans reaching for their blood pressure medicine. And just enough vocal moments to keep Brand New Heavies junkies wide eyed and shaky tailed.

As mentioned, the album is littered front to back with some of the most incredible musicians on the planet including The Motet keyboardist Joey Porter, Dumpstaphunk‘s Ivan Neville on the track Struttin’, The Shady Horns of Lettuce and The New Mastersounds fame and a literal endless library of immense talent you’ll have to witness for yourself. Vocally they brought Devon Parker on for 3 tracks, Ivan Neville, and Adam Lufkin although the meat of the album is primarily instrumental. A fact that is neither its strength or its weakness. It’s just mastered funky perfection emblazoned on record.

From the straight out horn stabs and Leslie keys of The Professor, the shuck and strut of She’s Somethin, and the bump and sway of Cadillac Sundays, Analog Son has something to bring to the table for every funk fan. If you’re a fan of the family tree of funk, they’ve got a monkey to swing from your branch.

Without a doubt, Analog Son took the time to do this debut album the right way and not since the debut album Emergency on Planet Earth from Jamiroquai have we witnessed it done so phenomenally well the first time out of the gate. It’s pretty undeniable that you’ll see more of Analog Son in the very near future and we’re stoked we were here to witness it.

Without a doubt, head to Amazon to snag a copy of Analog Son‘s debut album. We give this work of art 5 out of 5 afros.