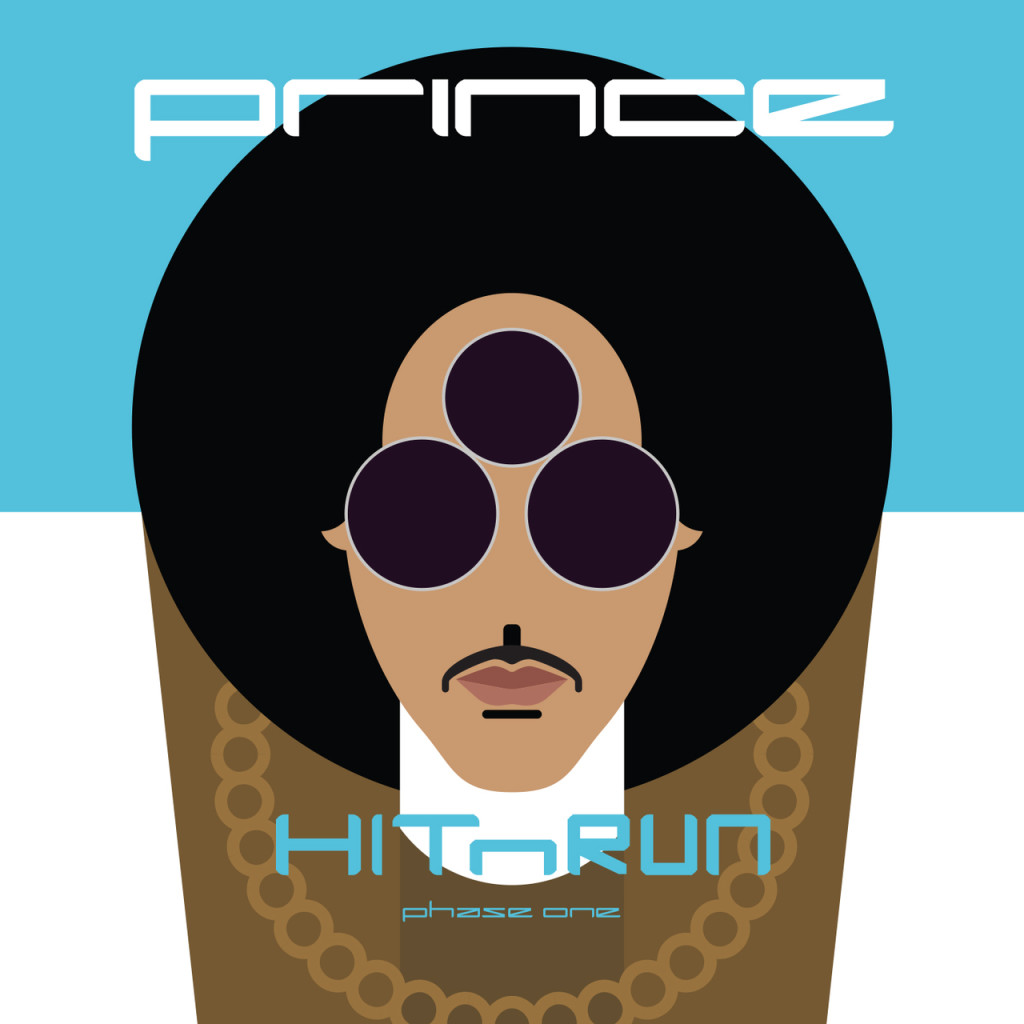 On September 7th, Prince released another new album exclusively on Tidal entitled HITnRUN Phase One. Out of the gate, everything seems different about the album including the fact that the One in Phase One wasn’t changed to the number 1, which concerns us for some reason. It screams different right on the cover. It also insinuates that there may be other “phases” that we can expect in the very near future. Color us super happy because any music from Prince is welcome.

To start, the album was produced by Joshua Welton, husband of 3rd Eye Girl drummer Hannah Ford Welton. Prince giving up the production reigns is groundbreaking if only because Prince is so incredibly protective over how his music is represented. Joshua’s involvement doesn’t stop there since he also shares writing credits as well. The end result is the boost in music variety and because it allows Prince to focus on the creation process and Joshua brings a fresh set of eyes to the process.

The album opens with clips of classics like 1999 and Let’s Go Crazy before diving into the Judith Hill led Million $ Show.  That sets the stage for a superb collection of tunes and offers up glimpses of some great things that may be built on later down the road.

The first of which is when Prince brings in new faces and voices like Rita Ora, rapper Curly Fryz, Judith Hill and Lianne La Havas. The latter two who themselves have put out some of the best albums in 2015 and now share the stage with his purple majesty.  This trend is very welcome.

Lianne La Havas who is my new favorite obsession, brought life, vibe and dramatics to the beautiful Art Official Age. Some of her excerpts along with pieces of Clouds are brought into the mood-setting Mr. Nelson. It’s also one of the more techno offerings on the album while still providing a lot of musical gymnastics at the same time.

Our second favorite change is that we especially love when Prince doesn’t worry about closing up a song and let’s the groove run for an extended period of time to simply let it flow and give the listener a chance to appreciate the song structure. It was what made the B sides of yesteryear so epic.  Those long breaths of musical nirvana that don’t require words.  The extended musical breaks come back in various samplings such as the final minutes of This Could B Us, and the insanely funky Ain’t About To Stop. And we can’t go without mentioning how great it is to hear Prince figure out a way use the word taffeta in a song.

There are many standouts on the album, but if we had a gold plated microphone gun to our head, we would choose our new personal favorite X’s Face and the closing song June.

X’s Face is the techno king of the album going to territory that doesn’t get a lot of of time from Prince. We love when he gets experimental and delves into unusual landscapes. Those are the pieces that have always made Prince such an eclectic character whether he’s aware of it or not. Over his career, those songs that grab handfuls of your hair and insist that you to listen like All The Critics Love You, Darling Nikki, Annie Christian, Something In The Water, and similar songs are always those songs that end up on those Prince mixtapes. X’s Face is your new addition to those tapes. Here’s hoping that more are on the way. We know what polished sounds like. Give us more of that raw experimental white knuckle dirty vibe and we’re in.

And then there is the closing song June which hearkens back to the story filled lyricism of Ballad of Dorothy Parker and Sometimes It Snows In April. It’s that line where emotion and music perfectly make love and dance together. June appears to be Prince‘s reflection on his birthday and how he feels as if he were born too late. He feels that he should have been part of the Woodstock era, but we firmly disagree. He single-handedly made the 80’s bearable and even decades later is still churning out phenomenal music. The song itself is very introspective and filled with moody energy that’s beautifully balanced with the music.  That type of layering make the song irresistible.

Overall, Joshua Welton has done a fantastic job behind the board and capturing the mixology that Prince has perfected over the years.  Here’s to many more productions from Joshua that will free up Prince to focus on creating. After this release, Prince should feel confident enough in Joshua’s process to start enjoying himself even more and we look forward to those oncoming phases.

Regardless, this is yet another Prince album that’s worthy of checking out. Even if you have to experiment using Tidal to get to it, it’s worth the trouble. You knew it was going to happen, Prince has earned yet another 5 star afro award from Funkatopia.