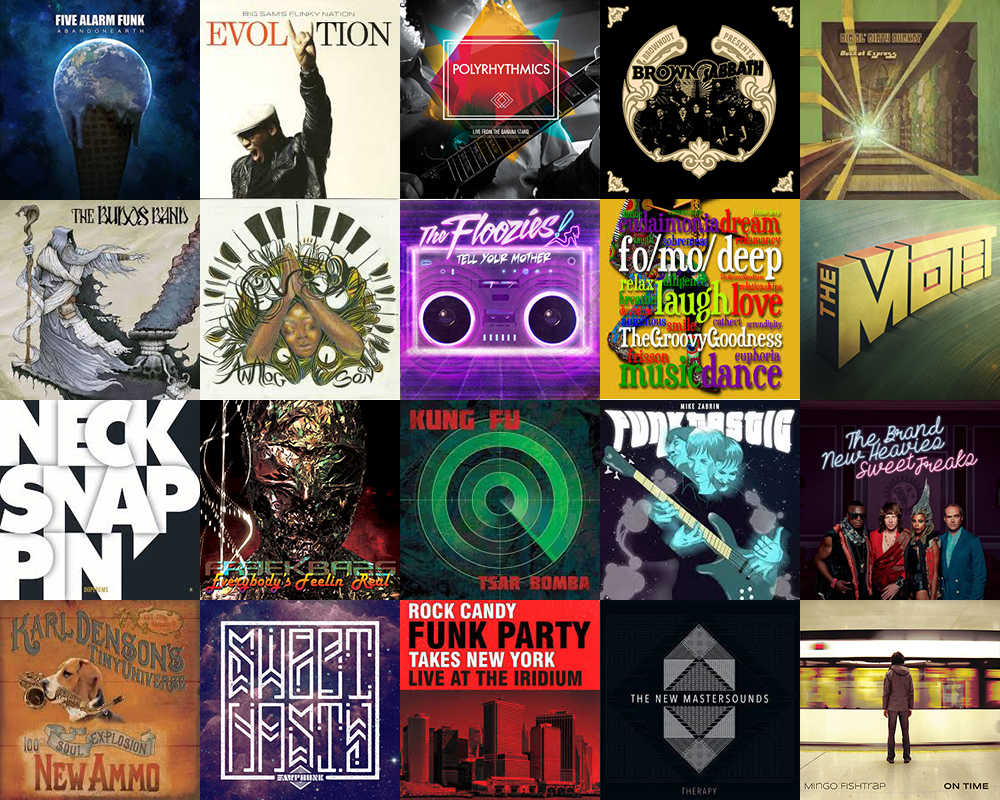 The best funk band releases of 2014 are listed here in all their glory.

We love putting together lists of great funk music, because there is so much out there that you can easily miss since terrestrial and even satellite radio completely ignore many of the bands on our list with very few exceptions.

So break out your wallets and get ready for the funkiest bands in 2014.  We purposely didn’t add numbers in order to make sure that all are created equal in their funkiness. Enjoy this list, complete with links to check the albums on iTunes and in some cases even get and listen to the albums for free!

Funkadelic – First Ya Gotta Shake The Gate (album link)
A huge oversight and literally coming in during the last week of December 2014, George Clinton and the boys slapped out a 3 CD collection of songs for the first time in 34 years. When you guys are right, you’re right.

Extra Bonuses
Check the suggestions below from our readers.

Did we miss some more? Add them to the comments below!  Hook us up and remember, the albums had to have been released in 2014 to qualify for the list.